Blog   »  What’s the Rarest Sports Autograph of all Time?

What’s the Rarest Sports Autograph of all Time?

Written by Top Cash Buyer on August 9, 2020. Posted in Collectibles, Art, and Antiques

With the large abundance of sports memorabilia available online today, collecting autographs from your favorite athletes has never been easier. However, there are still a few that are extremely hard to come by, making those signatures far more valuable than the rest.

What’s the Rarest Sports Autograph of All Time?

One of the rarest sports autographs of all time is from Archibald “Moonlight” Graham. Only five of the baseball player’s autographs are known to exist, including a check signed in 1963 that sold for $3,000 at an auction in 2008 and a 1906 minor league postcard with his signature that sold for $5,000 in 2015. The irony is that the value of this sports memorabilia isn’t proportionate to his short career, as Graham played only two innings for the New York Giants in 1905 and never even made it to bat or made a putout in the field.

That said, he did become a pop-culture icon when W.P. Kinsella included him as a character in his 1982 novel, “Shoeless Joe,” which was adapted to film in 1989 in the movie “Field of Dreams,” starring Kevin Costner. While no one knows definitively where the “Moonlight” nickname came from, most believe that it derives from the fact that while he was playing baseball, he also moonlit as a medical student.

What Are Other Rare Sports Autographs?

Archibald “Moonlight” Graham is not the only rare autograph that collectors search for today. There are many autographs that are tough to obtain. Some of the rarest include: 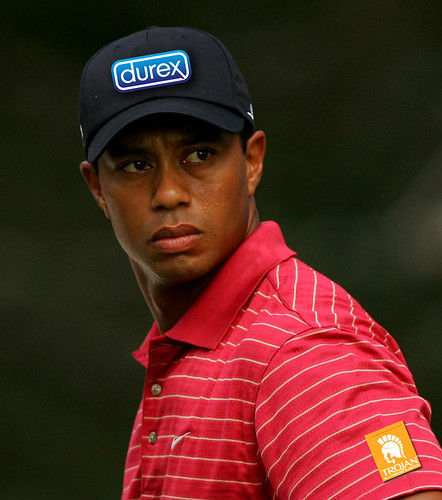 You don’t have to be a golfer to know and love Tiger Woods. He has grown to become a legend in the world of golf. Once rated as the highest-paid professional athlete across the globe, he rarely signs sports memorabilia. In fact, a golf ball signed by Tiger woods is nearly impossible to find, which is why the few that are available are worth one or two thousand dollars.

Arrieta pitched for the Chicago Cubs from 2013 until 2017 and is one of the toughest autographs to get in MLB. While he does periodically attend Cubs-sanctioned signing events, it’s incredibly difficult to find him to actually give you an autograph, making his signature extremely valuable.

Though Babe Ruth signed a lot of autographs throughout his career, they are still difficult to come by, which is one of the reasons they are incredibly valuable today. Naturally, the signatures on items that are still in good condition are the ones that are the rarest and most valuable.

Considered to be one of the greatest soccer players of all time, retired Brazilian soccer player Edson Arantes do Nascimento, more commonly known as “Pele,” still maintains his legendary status. Because of this status, a photo signed by Pele can sell for $1,125.

Finding sports memorabilia that’s been signed by the Green Bay Packers quarterback Brett Favre is a challenge. Not only is catching the 11-time Pro Bowler at a signing event extremely rare, but he’s also known to refuse requests by fans to sign memorabilia before and after games.

There are very few collectibles signed by the Washington Redskins legend available on the market. He’s rarely in attendance at sports retailer-sanctioned or signing events, making any gear that does bear his signature highly coveted.

Unlike some of the other professional athletes listed here, Manning is often more than willing to sign autographs for fans. What makes getting one of them so challenging, though, is that he draws such a crowd that it’s impossible for him to stop and sign balls and jerseys. After breaking the all-time pass record, the demand for his autograph grew. Unfortunately, with very few public appearances and opportunities for him to sign autographs, it became even more difficult — and far more expensive — to get his signature on memorabilia.

Yes, there are certain sports autographs that seem nearly impossible to obtain, even from today’s athletes. In many cases, the rarer the autograph is, the higher its resale value. There are, of course, other factors to consider, as well, such as the condition of the sports memorabilia that the signature is on and, if the athlete is famous today, whether they will still be famous 50 years from now. For example, though Babe Ruth signed a lot of autographs, the most valuable ones are those on memorabilia that was kept in pristine condition. He once signed a brand new baseball and because of its exceptional condition, it sold for $388,275 at auction in 2012.

How Can You Verify the Authenticity of an Autograph?

Another way to verify the authenticity of an autograph is to use a magnifying glass and look closely at the signature. If the signature was stamped on, you’ll see that there’s more ink on the edges than the middle. If the autograph was applied using an autopen machine, you may notice in a magnifying glass that the signature appears shaky or has unusually straight lines. In some cases, it can be a good idea to take it to a sports memorabilia store with an expert who can recognize the difference between a fake signature and a real one.

So there you have it, some of the rarest and most expensive sports autographs in the world. Americash Jewelry & Coin Buyers is one of the top sports memorabilia buyers and sellers in Westmont, Illinois. Whether you’re looking to sell modern or vintage sports memorabilia or are looking to add to your own collection, we are here to help. Give us a call or drop by our showroom today.